There are two typical applications of photovoltaic, grid-connected system and off-grid system. The grid-connected system relies on the power grid, and adopts the working mode of “self-service, surplus power access to the grid” or “full access to the grid”. The off-grid system does not depend on the power grid, but on the working mode of “storing while using” or “storing before using”. For families in areas without power grids or with frequent blackouts, the off-grid system has strong practicability.

1. Off-grid system can not calculate return on investment

When we invest money in real estate, stocks, industry and other projects, we have to calculate how much money we can make each year and how many years we can get back the capital. There is a state subsidy for grid-tied power generation, and the construction of power plants is an investment behavior. The most important concern of customers is the rate of return on investment. But if we buy a mobile phone, computer, clothes and other necessities of life, we will not calculate how many years we can earn the cost back, and so will the off-grid system. Why can’t the off-grid system economically calculate the grid-tied system, because the cost of off-grid system is much higher than grid-tied system. 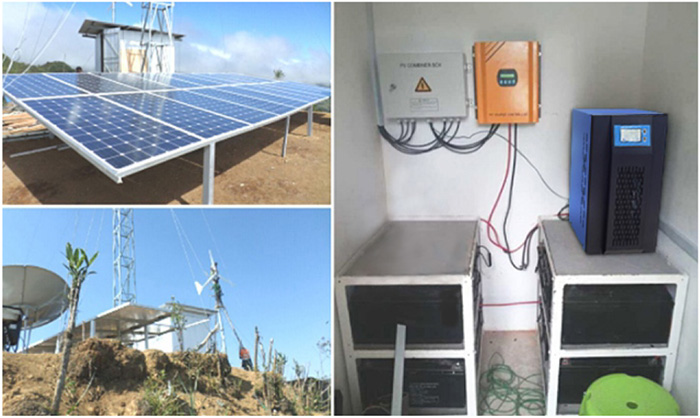 3. Why do off-grid systems need batteries?

In the photovoltaic off-grid system, the storage battery accounts for a large proportion, costs and solar modules are similar, but the life of the battery is much shorter than that of the module. The task of the battery is to store energy, ensure the power stability of the system, and ensure the power consumption of the load during the night or rainy days. The off-grid system must be equipped with batteries. Why?

First, photovoltaic power generation time and load power consumption time are not necessarily synchronized, photovoltaic off-grid system, the input is a component, for power generation, output and load connection. Photovoltaic power is generated in the daytime, sunshine can generate electricity, often the highest power at noon, but at noon, the demand for electricity is not high, many households use off-grid power stations at night, then how to do the electricity generated during the day, first to store energy, this storage equipment is the battery. Wait until peak hours, such as 7 or 8 p.m., before releasing the electricity.

In addition to the above three points, the design of off-grid system is different from that of grid-tied system. Components, inverters and batteries should be customized according to the needs of users. Xindunpower is an expert in off-grid system. If you have any questions, please come to consult us.

DC solar kits are used to help education, working lives and safer home across three continents Let me introduce why...

WHAT CAN A 300 WATT PHOTOVOLTAIC PANEL RUN?

How many photovoltaic panels do I need to run a refrigerator? The ordinary refrigerator takes regarding 3 or 4 average...

There are many models of  Off-Grid Solar System like as below . This article mainly summarizes benefits of Off-Grid...

What Does an OFF-Grid Solar Energy System Consists of?

We have many kinds of off -grid solar systems as below , what does its consists of ? 1kva solar...

Setup your solar energy system to save your money here!

When it concerns selecting the best sun-accredited system to install in a home generally ranging in between 300sq to...

Discuss some tips to maintianing off grid solar system

Off grid solar system is likewise known as standalone Solar Systems; this system is entirely independent of any kind...